It’s not enough to be right

“Just tell it like it is – and if they don’t listen, it’s their fault.”

In my time doing media for Christians, I’ve heard this thought expressed repeatedly – and I appreciate the heart that is commonly behind it. We can’t force people to accept the truth. We were called to be lighthouses on the rocks, warning, directing, helping; but at the end of the day, those who shipwreck themselves remain responsible. To the degree that this view respects the autonomy of our audience and their right to make their own choices, it is a good one.

But the problem with this line of thinking is that it puts all of the blame on the audience for not understanding the message without first reflecting on whether the packaging, presentation, and clarity of thought behind the communication might be the problem; and in my experience, the latter is almost always part of the problem. The lighthouse operator can insist he was shining the light when the ship wrecked, but if the glass surrounding the flame was foggy, or if he was shining the light in the wrong direction, the ship’s operator had no legitimate warning. Suddenly, respect for the captain’s autonomy has turned into an insult to his intelligence.

Oddly, there seems to be an inverse relationship between the quality of one’s communication, and one’s opinion of one’s own communicative ability. Brilliant communicators often tend to see their brilliance as the result of the quality of their message.

President Ronald Reagan, commonly referred to as “The Great Communicator,” disclaimed his own speaking ability when he said in his farewell speech, “I never thought it was my style or the words I used that made a difference – it was the content. I wasn’t a great communicator, but I communicated great things.”

Similarly, the Apostle Paul said in 1 Corinthians 2 that he didn’t come with powerful words or great speaking, but “with a demonstration of the Spirit’s power,” focused on the content of the Gospel.

Does Truth just have a way of making itself known and heard in the world without our help? Do we really just have to let the lion out of the cage, as Charles Spurgeon and others have said, and let him defend himself? Although they believed that truth was ultimately overwhelming, through their actions and their words, each of these three communicators showed their belief that only when well presented, in a clear light, was truth destined to succeed.

In the next three blog posts, I’m going to break down three reasons why good communication is necessary for the Christian church. I’m going to seek to demonstrate that spending time and money on the quality presentation of truth is always a worthwhile expenditure for the church because it turns conflict into community, forces confrontation through clarity, shows respect for our audience, whether saved or unsaved, and ultimately demonstrates a respect for the character of God.

Paul said, “If the trumpet doesn’t make a clear sound, who will get ready for battle?” (1 Cor. 14:8). The church today is in dire need of a clarion call, a trumpet blast that can be heard throughout the halls of the church, and outside of its walls as well.

It’s not enough to be right. We also have a holy duty to persuade. This is why Ready Media exists – because we need Truth Well Spoken. 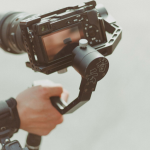 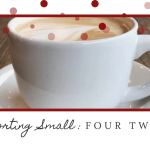 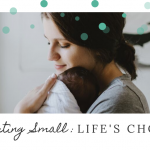 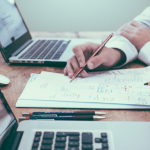 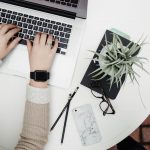 The Ready Media Company is a multimedia company designed to serve small businesses and nonprofits with their marketing and advertising needs. Located in Berks County, PA, we’ve seen how small businesses positively impact this community, and we want to help them thrive.

Find Us On Social Media